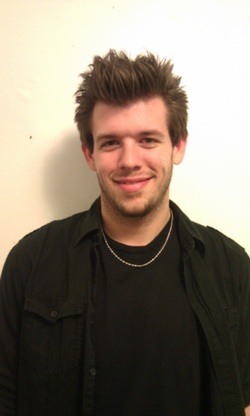 Chad Glovier is a Rockford native in his early 20s. Growing up in Rockford, he met fellow GRAGG co-founder, Travis Dahlhauser, in sixth grade and the two became friends. As Chad got older, his interest in the paranormal grew into a hobby. Chad graduated from Auburn High School in 2007 and has been living and working in Rockford ever since. in 2011 Chad and Travis created the Greater Rockford Apparition & Ghost Group. Chad is the equipment specialist of the group and spends time researching and gathering state of the art equipment to enhance GRAGG investigations. Some of Chad's favorite places investigated include the Manteno State Hospital, the "Weldon Road Trail," the Tate Road Farm, Linda Vista Hospital in Los Angeles, CA, and Briggs Mansion. Armed with paranormal investigation tools and boxes of Dots to snack on, Chad is ready to explore any possibly haunted place. 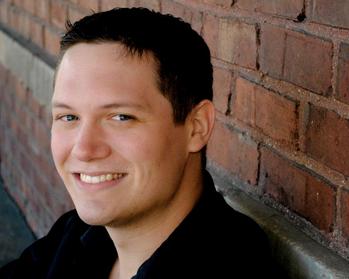 Co-founder, Travis Dahlhauser
Like Chad, Travis was born and raised in Rockford, Illinois. Travis graduated Auburn High School in 2007 and attended college in Missouri where he had the chance to explore some Missouri haunted sites. Travis' hobbies include "GRAGGing it up" and filming new episodes for our series "Mission Terror" on the American Horrors network. Though ghost hunting is a passion, Travis admits he does get scared, but it's that thrill that keeps him coming back for more. Some of Travis' favorite experiences include being followed by the "Ghost Truck" on Bloods Point Road, the road trip to Manteno Insane Asylum, Conover Square, and the GRAGG Summer Tour of 2013.